How To Talk To Girls At The Gym – 7 Hypnotic Steps

100 Flirty [And Cute] Questions To Ask Your Boyfriend

Flirting is so fun; if you have just met a girl on END_OF_DOCUMENT_TOKEN_TO_BE_REPLACED

Since you are a guy that goes to the gym often you know more than anyone else how hot and sexy the girls are.

I’ve been asked how to talk to girls at the gym plenty of times already and there are many Do’s and DON’Ts.

If you don’t do it the right way, you might come off as a creep and then every time you see her at the gym you’ll want to run the other way. On the other hand many hookups, girlfriends and even marriages come from the gym.

1. Talk to her with light hearted energy

This is important in every approach because remember: as scared as you are to approach her, she is even more worried. She doesn’t know if you are some creep or her future boyfriend.

As long as you are chilled everything works out. Just watch.

Women love men, but they have fears, calm her fears by bringing chilled, confident energy. If she sees you are OK being who you are, she will be OK being with you.

Men report back to me that approaching at the gym can make it easier to be chilled since the 2 of you already have something in common: you both workout.

This is the first step, and this is true with every approach, I don’t care if you’re talking to her at a party or online – be relaxed. It’s not about the pickup line.

Remember girls like men, so you just need to calm her fears and allow her to open up. She naturally wants you, so let her – with your core confidence. [1, 2]

What is a preframe?

I learned this concept from my favorite course, The Rise of The Phoenix from Sebastian Harris. (I’ll talk more about his amazing, life transforming course at the end of this.)

This is the basic concept of preframing – and it’s life changing:

The first words that come out of your mouth will sound will fly over her head. Women are always too scared the first couple seconds to really listen to what you are saying.

Therefore, the best time to compliment her is NOT now, you’ve got to let her calm down. So then if you can’t compliment her, how do you start talking to her?

That’s exactly what a preframe is: you begin with anything, really anything, to relax – just to lead up to the compliment.

This allows you to put the conversation into a lighthearted, friendly frame/ perspective. When some random guy approaches her she might see him as a weirdo at first…

And then no matter what he says, she will always see him as a weirdo. But if he sets the frame by saying “HEY! I am not a salesman, but I needed to tell you that…” – she won’t see him as a creep. And now he can move in on her. 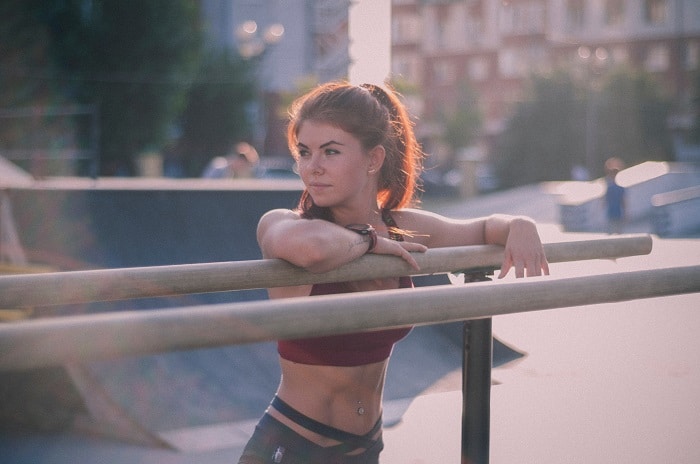 Back to the gym, you need to talk to her and set the conversation in a chilled, friendly mood with your preframe. You will give her time to relax and open up to you. [3]

3. Compliment her while talking

1st rule: Allow her to compliment herself, you just want to lead her on.

You wouldn’t want to be told all the time that you are doing the right thing. Imagine if someone complimented you on being you, that would become annoying!

But if you tell her “I can tell you’ve been working out hard recently,” she will then tell herself “wow, I am beautiful and lovable.” [4, 5]

You need to let your target compliment themselves, you are just there to lead them on. She will thank you for this later when you get in bed.

2nd rule: when it comes to compliments at the gym, parties, or even online – it doesn’t matter: you can’t be needy or insecure when you give the compliment.

The insecure guy that gives a compliment doesn’t mean anything to her. If you give a compliment while being needy she will see that you just want something from her.f

When a real man tells a girl that she’s attractive it means the world to her! Here’s a good example:

Be secure with who you are, realize that you don’t need to change anything about yourself. The only thing you need to realize is that you are deserving of even more love.

3rd rule: You also want to tailor the compliment to what you want from her. If you want to get a one-night-stand then make it sexual.

This really depends on how comfortable you are with your own sexuality, but you can definitely do it.

In the book Rise of The Phoenix, Sebastian Harris says that if you are at a pharmacy and you see a girl ask her where the condoms are and then continue with a compliment. If she continues to talk to you, make a date for that night and you’ll get a one-night-stand.

Sebastian Harris really focuses on this point in his book, women are sexual beings too, in fact they are very sexual. The only difference is that they don’t show it as aggressively like men do.

You are there to allow them to express their sexuality and their inner-slut. And they will love you for it.

Personally I tell anyone who’s looking to up their dating game to get his book and to get his Whatsapp coaching that’s available to anyone who gets his book.

4. Assume something about her during the conversation

So now you have given her a compliment and she says thank you. Awkward silence right? Wrong.

Now you assume something about her. This is just like any other approach, read my article on How To Talk To Girls to get even clearer on the power of assumptions.

But the basic idea is to assume anything about her. Tell her that she looks like she does cross-fit or she focuses a lot on his abs.

Now she gets the opportunity to explain who she is and what she does. She will be blown away by your social skills.

You will be the first man in her life that actually knows how to start a conversation. You are not the boring “where are you from” or “what do you do.” 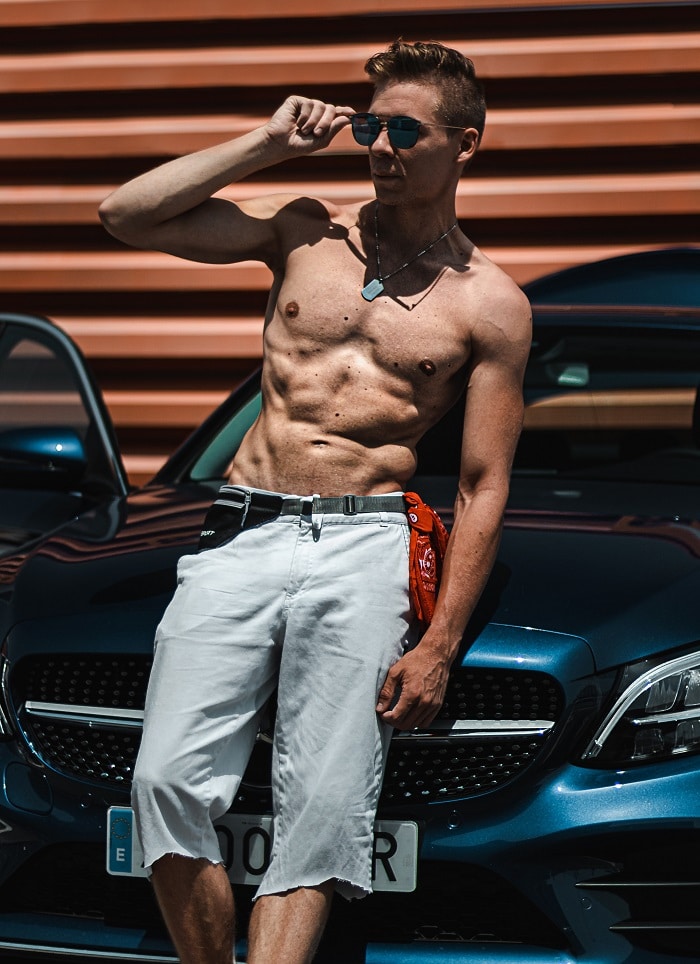 At this point she will tell you all about her workouts, how long she’s been doing it for and how much she loves to do it.

There is no man in her life that has spoken to her like this and allowed her to express herself. She’s really grateful to you and she wants to know more. [6]

5. Be fascinated about her life and who she is

This reminds me of one of my biggest mistakes. I was so into just ‘getting her number’ that I never really paid attention to what she was saying.

The funny part about it was that because I was so into just getting her number into my phone I barely got numbers.

I needed to learn that while the girl was telling me about herself I needed to just be fascinated about her and her life. Forget about the number.

Steven R. Covey writes in his book The 7 Habits of Highly Effective People “seek to understand and then to be understood.” All you should care about is her.

You need to feel so deserving of love that you don’t even worry about getting the number, you just want to connect with her and have a great conversation.

You’ll notice in a lot of my articles that I believe 80% of all dating problems would go away if men just realized that there is nothing wrong with their personality and they are desirable the way they are.

You don’t need to change anything about you! You are completely likable, the guy you are now, once you achieve a deep understanding of this, women will run after you.

So while you are at the gym talking to her, be super into her, be sooo interested. You want to know everything about her, not just “what do you do.”

And of course, never rush any approach or seduction. That ruins everything. [7]

6. Ask her a qualification question

Now you like her, but you want to make sure that she doesn’t run away or ghost on you.

This is why you need step 6, qualification. This is a little known trick in the Pickup artist community, I learned this from Sebastian’s course that I mentioned above.

You want to make her desire you. Not you running after her. So you make the girl qualify herself.

Let her prove to you that she is good enough for you. Tell her “I love going hiking around, what about you?”

You can also insinuate a qualification question such as: “I love chilling and laughing at stupid stuff during my free time, what do you do during your free time?”

If she answers that she loves doing the same thing you love doing, you can be pretty sure that she wants you. You are all set. [8, 9]

Girls are attracted to guys for the completely opposite reason we love hot girls. Girls want a masculine man.

Women want a solid man who is happy to be who he is. This follows the universal truth: feminine energy is fluid, masculine energy is solid and strong.

The free flowing feminine energy is super attracted to the solid grounded male. Women don’t have that control, but that is also what makes them so attractive to men.

This brings us to the last step: demand her number. You want to show her that you are not afraid of showing your desire for women.

If you ask her for her number she might just say “no” or “I have a boyfriend” the best thing to do is to show her your strength and tell her to put her number into your phone.

Back to our story:

You are working out at the gym, and you see this stunning girl. She is definitely a 10.

Before you can even think your friend in your pants tells you what you’re really feeling, and you go in on the approach. Thankfully you’ve already read this article so you confidently approach her and follow all 7 of the steps.

You blow her away, she’s now addicted to you and you’re gonna get laid. But now that you’ve seen what’s possible and you want to take your daygame way further you get my favorite course and Whatsapp coaching by Sebastian Harris. 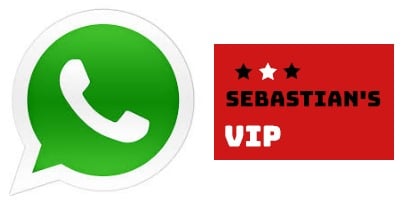 This will, I promise, fill you in on anything else you need to know. Sebastian Harris is not even good looking, but through years of trying and he’s slept with models and wanna be models.

He’s told me that the wanna be models were even hotter than the models! So go get his book, The Rise of The Phoenix, and from there you have the option of getting his 14 Day Seduction Course and/ or his VIP Whatsapp coaching.

And lucky for you because you workout in a gym there should be plenty of hot women.