Notice to all new readers: Girls, start with His Secret Obsession

Will you magically be attractive to every hot girl on the planet? END_OF_DOCUMENT_TOKEN_TO_BE_REPLACED

Approaching girls in the gym is risky business (as you’ll soon see). But END_OF_DOCUMENT_TOKEN_TO_BE_REPLACED

There are 2 reasons why you should care about learning the signs that a shy girl likes you.

Reason number one: if this shy girl doesn’t actually like you, but you keep talking to her, what do you think is gonna happen?

Reason number two: if you let this girl go because you didn’t read her signs correctly, but she was just playing hard to get and actually likes you, you just lost a super cute girl…

Losing a shy, cute girl is a big deal. These girls (or at least most of them) are ladies in the street, but are total freaks in the sheets 🍑.

In this article, you’ll learn all the signs of shy girls so that you spend your time talking to the girls that like you and avoid those girls that aren’t interested.

1. She doesn’t text you back

Here’s the basic rule: If she repeatedly ignores your texts, it’s time to move on to a different girl.

This girl is clearly telling you “I don’t like you,” and obviously, if she blocks you on Whatsapp, it’s game over.

But here’s where some guys get confused:

What happens if she replies to you every so often while always waiting plenty of time to get back to you. Is that a sign that she doesn’t like you or is she just playing hard to get?

She definitely isn’t in love with you because if she was, she would respond to you the second you send her a text and  definitely wouldn’t wait to get back to you only when it’s convenient for her.

But you don’t have to give up on this girl if you massively improve your game by learning the laws of seduction and discover what’s holding you back.

If your main challenge is your lack of confidence and social anxiety, invest in The Collection of Confidence by Hypnotica.

If your main challenge is not knowing what to say or what to do around girls, invest in The Rise of The Phoenix Course – How to Get The Hottest Girls in a World That Wants You to Fail by Sebastian Harris.

2. She won’t let you touch her

Like we mentioned earlier, girls, especially shy girls will never tell you outright if they don’t like you because girls are much less assertive than guys.

That’s why girls resort to giving subtle signs that they don’t like you. For example, your girl won’t let you touch her in any way:

If you notice a girl is treating you this way, does it mean that you’ve lost her forever? Not necessarily because it’s possible that she’s just not ready to commit.

In that case, simply warm her up and find out why she’s hesitating with you by reading Why Don’t Girls Like Me: 9 Common Reasons.

3. She doesn’t laugh at your jokes

One of the biggest signs that a shy girl likes you is that no matter how terrible your jokes are, your girl will always be giggling.

On the other hand, if you never see her laughing around you, no matter what you say, it’s a big sign that she’s just not interested.

But just because she’s not interested, doesn’t mean she doesn’t want you anymore because as long as you learn how to get this girl to like you again, she’ll be looking forward to each and every one of your jokes in no time!

Want to know something interesting? According to several scientific studies, girls are attracted to men that can make them laugh, while men are attracted to women that laugh at their jokes.

This means that the funnier you are, the more attractive you are to every girl. Work on your sense of humor and watch how girls respond to you differently. [1, 2]

4. She doesn’t care to talk to you

If she repeatedly ignores you, she doesn’t like you.

The key is that she’s repeatedly ignoring you and that’s how you know she’s a lost cause. In this case, pursuing her more will just make you look needy.

You need to let her go.

On the other hand, if she only ignores you every so often, it’s not game over, but you will need to improve your life and learn how to get this girl to like you fast because you are running out of time!

You can build muscle by working out everyday for at least half an hour, but how can you start living passionately and become financially free?

Simple! Follow what my mentor, John Crestani, teaches in his 2 hour long video (free of charge) and build your own online business so that you’ll become financially free and live a passionate life.

Once girls notice that you’re an awesome, ambitious guy, you’ll never be ignored and all your problems with this shy girl will melt away. 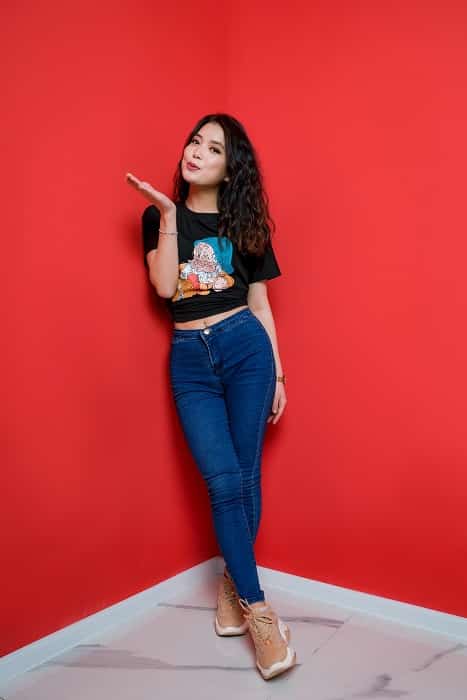 5. She makes excuses to leave all the time

In all of these cases, she’s rejecting you and all you can really do is improve your social skills and move on to other girls.

6. She doesn’t smile when she sees you

Let me ask you: what do you do when you meet a girl that you like? If you’re like most guys, you probably smile, get a little excited and start talking.

Surprisingly, shy girls are the same!

When a girl likes you, she’ll smile, get a little excited and initiate a conversation. When a girl doesn’t like you, she won’t even look up when you approach her.

However, this is not always true because if you’ve just met, she could just be playing hard to get. But if she continues to act this way, she’s definitely not interested in you and you should move on.

7. She makes you do all of her work

This is a classical friend-zone move.

She knows that she’ll never be your girlfriend, but she makes you believe that if you work hard enough for her, she might sleep with you.

I.e. you become her simp.

She’ll only want you when she needs your services, for example:

What do you do in this situation? You delete her phone number and let her go out of self-respect because the only thing you will get from this girl is hard labor and criticism…

8. She’s romantic with another guy

Just because this girl is hanging out with another guy, doesn’t mean anything. Chatting and being friends is fine.

But if your shy girl is….

You can be sure that she’s left you for another man because when a girl likes you, she won’t even dare to flirt with another guy.

Shy girls do this often: they’ll “like you” as a friend, but reject you romantically. (Paradoxically, being friend-zoned can hurt more than a flat out rejection.)

So how do you know if you’re being friend zoned? She tells you things like:

In this case, you’d be better off just letting her go and getting a girl that finds you interesting and attractive.

10. She has a negative tone in her voice

Shy girls will show this sign less often because it’s too obvious that she doesn’t like you. But because this does happen every so often, I included it in the list. [3]

11. Makes excuses not to go out with

If you ask a girl out to get some coffee during lunch time and she declines, you can be quite sure that she’s not interested in you.

However, this is not always the case, especially with shy girls:

So just because she doesn’t want to go out with you, doesn’t necessarily mean it’s over. But it does mean you need to change your dating strategy.

Here are some examples of this:

And the only reason why a girl would block you is because she doesn’t like you.

13. There is very minimal texting

Minimal texting is a sign that shy girls love to use because it’s the least assertive way of saying “I don’t want you” and shy girls hate being assertive.

So what are some examples of this?

What can you do in this situation? Improve your life drastically in every area:

14. She tells you that she’s taken

Once you start approaching girls on a regular basis, you’ll see girls say this excuse all the time when they are looking for a reason not to spend time with you:

Sometimes you’ll approach a girl at the gym and get her number, but soon after she’ll text you that she has a boyfriend.

But how can you tell if she actually has a boyfriend or is just saying that because she doesn’t want you? Simple:

15. She tells you that you’d be good for someone else

This one sounds like a compliment, but it’s actually a way to friend zone you, for example:

It’s an easy way for her to say: you’d be good with someone else and not me! Don’t fall for this, it is not a compliment, it’s a rejection.

16. She has negative body language

What are some examples of this:

These are all signs that she’s putting up a defense because she doesn’t trust you. However, this all depends on when she is displaying negative body language:

Read more: How To Attract A Woman Who Is Not Interested.

17. She talk to to her friends negatively about you

This is an obvious sign, but how do you know if she’s talking to her friends negatively about you? Simple! You notice what her friends are doing around you:

If so, you’re out of luck and your chances of getting with her are very low.

Maybe you are officially friends with her, but she’ll never talk to you in public because she feels that you aren’t good enough for her.

There really is no excuse or exception to this rule. Any girl that can’t hang out with you in public must be left behind. You deserve better than that.

Now my question to you is: are you willing to take action?

Remember, you are left with 2 options:

I say pick option #2 because although you’ll be struggling for many months, it’ll pay off with interest in no time!

And in order that you don’t make the same, stupid mistakes that every beginner makes, head back to #13: There is very minimal texting where I share the best courses that have had the greatest impact on my life.

As a young man, you need to master 3 areas of your life: Health, Wealth and Sex.