I hate boring intros, so let’s get right into it:

1. Pros And Cons Of Flirting With A Coworker

Don’t get me wrong, It is absolutely possible to meet your future wife at work - and I’ll teach you how. But out of all places, work is basically the worst.

1. Possibly Illegal To Date A Coworker

Some jobs won’t allow coworkers to date. So it can be like dating a stripper evading the boss’s CCTV cameras. 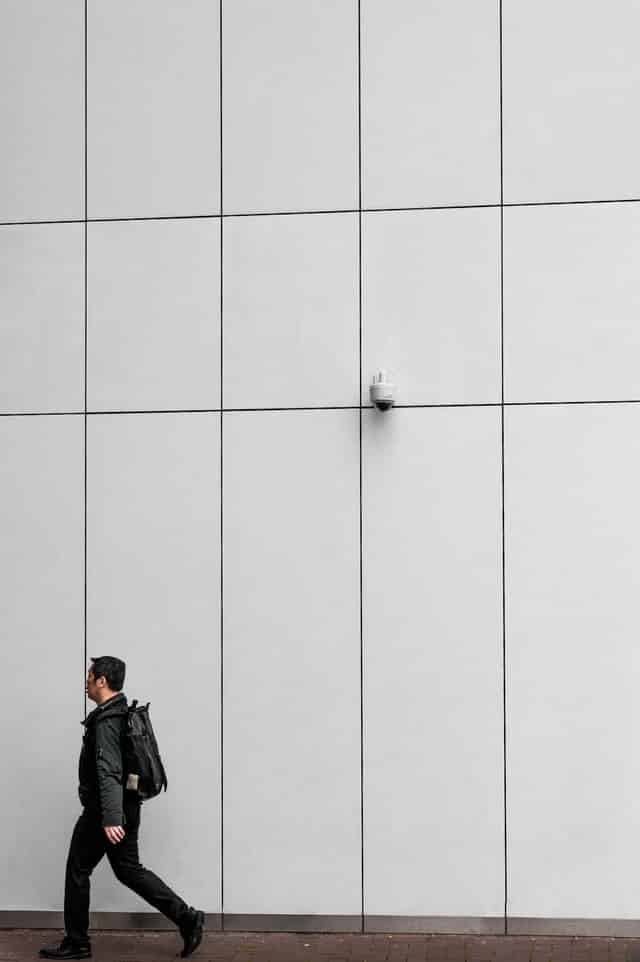 Being caught on camera flirting at work!

2. Don’t Shit Where You Eat

Dating a coworker is just like meeting women at your local gym (29 Concrete Steps to Approaching & Talking to Girls at the Gym) or school (55 Tried-and-True Steps to Get a Girlfriend at College), if you mess up, you’ll be wading through that shit until you leave.

Study on FRA’s from PubMed:

As you can tell, FSA’s are more common than most have been led to believe and as SevensLegal report, FRA’s have disastrous effects:

Although rape allegations are never something that should be taken lightly, neither are unfounded rape accusations. Even being falsely accused of rape, the results can have tragic consequences. For example, California football star Brian Banks spent five years behind bars after classmate Wanetta Gibson accused him of rape. When Gibson later contacted him and apologized, admitting she had fabricated the whole rape attack, he was later exonerated. A similar case involved William McCafrey in New York. After he served four years of a 20 year life sentence, his accuser, Biurny Peguero, confessed that injuries she had received was not due to McCafrey raping her but rather the result of a fight she had with several woman. Although both men eventually were released from prison, they had spent years behind bars waiting, and hoping, the truth about their rape allegations would be revealed.

So what does this mean? Should you go all blackpill and never talk to a woman again? Of course, not!

I quoted the previous pieces to show that dating a girl from your serious corporate career job is risky business and frankly not worth it. However, if you’re a young guy and it’s a boring job that barely pays, I wouldn’t worry too much.

4. You End Up Competing For Same Corporate Jobs And Promotions

5. What Happens If You Get Laid Off And She Doesn’t?

6. It’s Hard Not To Have A Relationship Centered Around Work

You’re gonna be working extra hard to not be discussing work all the time.

7. You Can’t Escape Each Other

Most couples get their time apart from work, but where will you get time for yourself if you work, sleep, and eat with her?

In general, dating a girl from work can have a bad effect on your work. If you’re not careful, you can easily seem unprofessional. 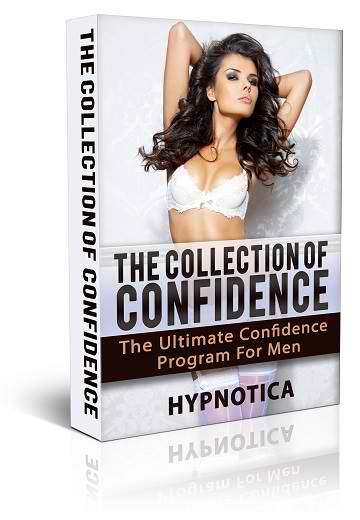 You don’t need to actively head out and meet girls (Where Can I Meet a Girl? Top 25 Venues to Meet Women Easily). You just show up to work Monday morning.

2. You Already Have Something In Common

As you’ll soon see, unlike approaching a girl on the street, when you approach a girl at work you take things slowly and constantly test the waters which means the chances of getting outright rejected is lower.

Even if you do decide getting with a girl from work isn’t worth it, keep reading, I think there’s a lot to learn.

2. Lose Your Obsession With Her

My guess is that part of the reason why you aren’t dating outside of work is because you have an obsession with this one girl. Well, I’ve come to say, it’s time to lose that obsession and stop stalking her. Only after you’ve removed your neediness is a successful seduction a possibility.

3. When To Flirt With A Girl At Work

Best times to start flirting with a coworker: 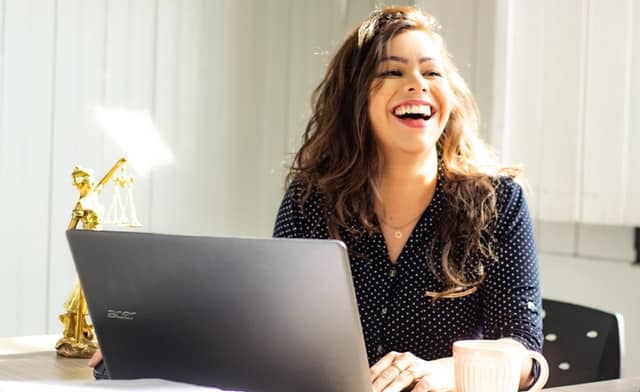 4. Have A Good Reputation At Work

Law 5: So Much Depends On Reputation Guard It With Your Life.

Reputation is the cornerstone of power. Through reputation alone you can intimidate and win; once it slips, however, you are vulnerable, and will be attacked on all sides. Make your reputation unassailable. Always be alert to potential attacks and thwart them before they happen. Art of Seduction by Robert Greene

For our purposes, here’s what a good reputation at work means:

This kind of reputation won’t do the flirting for you, but it will make everything a lot easier and remove unnecessary resistance.

Before we get into the meat and potatoes, let’s keep things in perspective:

Flirting with a girl at work is much like texting a girl. How? Both are simply a means to an end.

In both examples, you are using your current opportunity to set up logistics, take the girl out on a date and sleep with her.

So practically speaking, once you get her out on a date and have slept with her, lower the energy, you don’t want to overdo your flirting.

Next, you need to create rapport with the actual girl you’re targeting. The goal isn’t to become her friend, lest you’ll end up in the friend zone, rather you just want to create enough comfort so that you’ll be able to seduce her later. 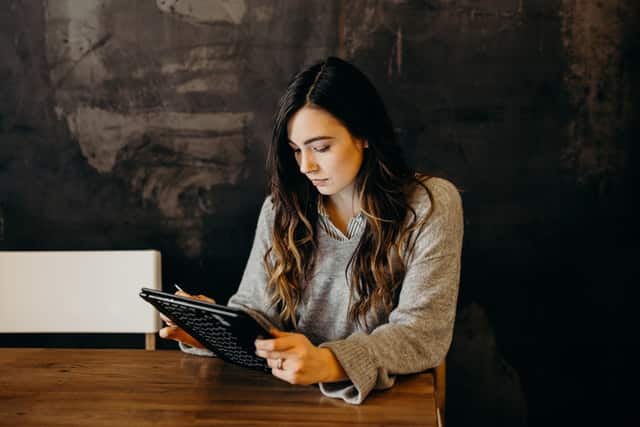 Now it’s time to seed her attraction by teasing her (attraction is not created in rapport, but rather through friction).

Here are some examples:

As I explain in my Guide to Teasing, you need to convey that you’re just playing with her and do not mean to criticize her:

"Even though teasing isn’t meant to be comfortable - teasing is about building tension - so it’s still crucial that you communicate via opposite signals that you’re just playin and not trying to offend her.

Now she knows your playfully teasing her and not hating on her with some stupid criticism."

There’s a ton more to be learnt about teasing (and about 71 more examples), so for that read this article: The Guide: 74 Methods To Tease A Girl [& Learn Cock-Funny].

8. Test If The Flirting Is Working

Before we take it to the next step, we want to play it safe (because we’re at work) by testing the waters: does she like you or is just not interested?

Well, here’s some positive signs that a coworker likes you:

Now that you know that this girl likes you at work, you’re ready to take it to the next level and close the deal. 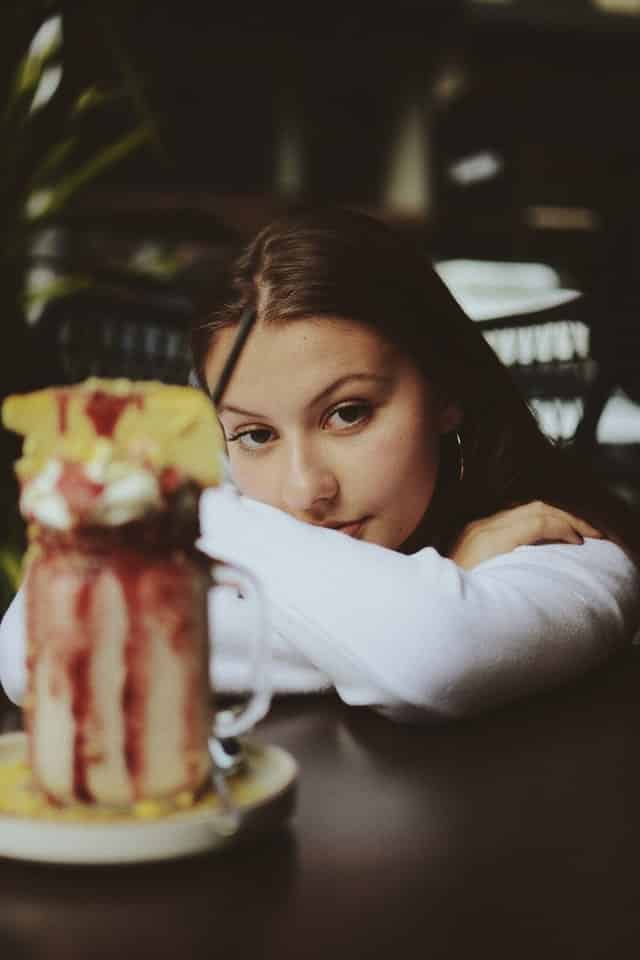 She wants you to flirt more!

9. Use Indirect-direct Flirting To Start A Conversation

The purpose of “Indirect-direct Flirting” is to be stealthy without hiding your dick and risk falling into the friend zone.

So how does it work?

You say something very banal/ normal (e.g. you look great this morning! What’s your plan for the weekend?), but say it while looking at her with desire and in a voice that makes it clear what you really want.

From here you have a basic conversation while throwing in some sexual innuendo spikes, e.g. talking about things that are wet, hard, etc.

And this conversation leads us right into the next step...

Before you end the conversation, you gotta ask her out on a date, so here’s how:

If she agrees, take her number (if you don’t already have it) and keep the texting flirtatious until you take her out.

If she doesn’t want to go out with you, do not escalate or push her. Remember, you’re at work here and any complaint can screw you over. Simply tell her to take it as a compliment and move on.

As mentioned, when you ask her out on a date, you want to suggest going to a bar. Why specifically the bar?

So now that she’s on a date at a bar with you, here’s what you do:

Now that she’s having fun with you, it’s time to bounce her to another bar (bouncing girls to different venues makes girls feel like they’ve spent more time with you) and move on with the seduction:

At this point you have 2 choices:

If you weren’t able to kiss her and you can tell that she’s not into it, call it a night and try again the following date (read: Ask for a Second Date: 14 Subtle Methods [With Examples]).

However, if she’s flirting with you and you can tell that it’s on, try taking her back to your place. How? Continue reading!

12. How To Sleep With A Coworker

Again, you’re only gonna try to bring her back to your place only if you’re sure she’s turned on. That being said, here are the basic steps:

When you invite her into your place, don't immediately jump on her. Chill out, show her a YouTube video, then escalate again.

After you’ve slept with a coworker, you gotta keep things quiet, and not just so that the boss doesn’t hear about it, but so that other girls won’t be scared to sleep with you because they know you keep things quiet.

As mentioned, dating a girl at work is risky business. However risky business can sometimes pay off quite well. So if you’re traveling the world or at a job that doesn’t mean much to you, try it!

As always, if you enjoyed this article, please share it with your friends. And if you have any questions, as always, share them in the comments below.

Will you magically be attractive to every hot girl on the planet? END_OF_DOCUMENT_TOKEN_TO_BE_REPLACED

Approaching girls in the gym is risky business (as you’ll soon see). But END_OF_DOCUMENT_TOKEN_TO_BE_REPLACED